The Pet Pre-Nup – Are we barking up the wrong tree! 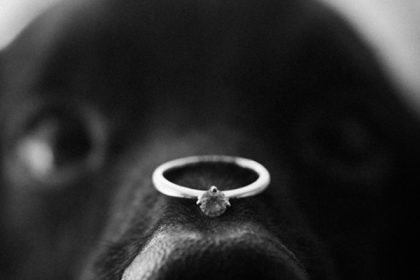 Pre nuptial agreements are increasing steadily in Ireland since their introduction  in 1965.

We have seen a growth in the number of pre nuptial agreements being sought by farming families.  Over 70% of farmers are supporting calls to make pre nups recognised legally in Ireland. However it is important to remember that courts are not inclined to give pre nuptial agreements full effect if they are deemed to be grossly unfair.

But there is a new pre nup which has grown in popularity in the US and more recently in the UK. This is the pet pre nup, which sets out what should happen to a pet in the event of a relationship breakdown.

IS THERE SUCH A THING AS A PET PRE NUP?

The pet pre nup is a new concept for us here in Ireland but it is gaining momentum. In the UK, a number of dog rescue shelters have teamed up with legal firms to offer couples who adopt a pet, a pet pre nup.

According to research conducted there, four pets a week are given in to animal shelters as a result of relationship breakdown.

The research also found, interestingly, that when couples do split up, 56% of females keep the pet compared to 29% of men. The remaining 15% give the pet to a friend, family member or rescue shelter.

While many may scoff at the idea of a pet pre nup, it is important to remember that many couples put agreements in place to protect assets, so protecting the beloved family pet in the event of a relationship breakdown, is not completely far fetched!

WHAT CAN BE INCLUDED IN A PET PRE NUP?

The pet pre nup sets out who will get the pet if the relationship breaks down and also covers ongoing care.

Many couples will also decide whether pets will spend different days with each person, as like children in divorce settlements. It will also set out who is responsible for the pet’s health care and decision making.

ARE PETS THAT MUCH OF AN ISSUE?

The matter of who keeps the pet in the case of a divorce is much more common than people may think. While there are no available figures here in Ireland, in the UK, nearly 30,000 divorce cases that reach the courtroom, involved conflict over a pet.

It isn’t unreasonable to think that pets will feature more prominently in divorce cases here in the future.

After all who would not look after a man’s best friend!!