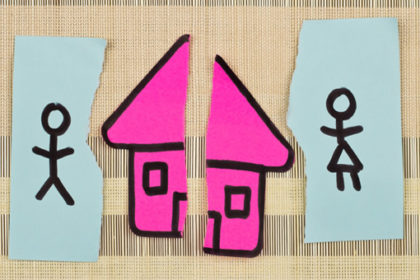 When a couple separate or divorce how is it decided what assets each are entitled to?

This can be done in two ways:

How does a court decide?

In dealing with the breakdown of a marriage the courts will look to make what is deemed to be “proper provision” for the parties involved. There overarching aim is fairness and justice. The court will consider a list of criteria and arrive at the asset or financial split based on this criteria.

Is it better to agree if possible?

Does Separation or Divorce Really mean the end?!

While the formalising of Separation will recognise that a couple are no longer living with one another as husband and wife and a divorce will legally end a marriage there are some limited cases where any division of assets that has taken place in doing so can be re-visited and varied. Maintenance is an example of this.

If you have reached agreement on separation and later apply for a Divorce can the initial agreement be changed?

There are a number of matters decided in this case, the most relevant of which appear to me to be the following.

“Assets which are inherited will not be treated as assets obtained by both parties in a marriage. The distinction in the event of separation or divorce will all depend on circumstances. In one case, where a couple has worked a farm together, which the husband had inherited, the wife on separation sought 50%, however, the order given by a court was 75%  to the husband and 25% to the wife. This is a precedent to illustrate an approach, but the circumstances of each case should be considered specifically.”

The decision in G. v G has had major implications in marital family law. It now means a resolution of marital differences can be reached in full and final settlement without fear of further review for the sake of it.  Further “second bite” cases are ruled out unless very specific changes in circumstances exist which does not include an increase in wealth per se. The terms of applying for further financial relief in changed circumstances are set out in narrowly and are difficult to achieve. The Court observed that it is not there to “redistribute wealth”

As regards the percentages of division, G. v G will clearly have a sobering effect. In cases post T. v T. , the “yardstick” was followed with variations up or down depending on value and circumstances.

Is it possible to protect your assets in a separation or divorce?

While an Irish couple is not prevented from signing a pre-nuptial agreement in Ireland, the Irish courts are not obliged to enforce such agreements if the couple’s relationship later breaks down.

It is a rather a grey area and it remains to be decided as to what impact these agreements have where the parties separate.

While these agreements are not illegal our constitution places great value on the institution of marriage, so some would argue that you cannot enter into an agreement which envisages the break up of the marriage as it is contrary to the whole concept of marriage. Essentially, by drawing up a pre-nuptial agreement a couple is preparing for the future break up before the marriage even begins!