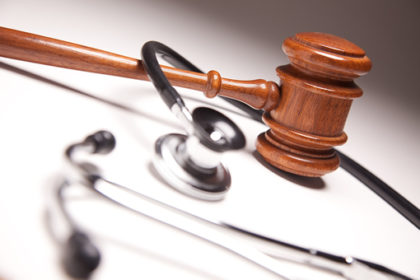 Narcolepsy is the second leading cause of excessive daytime sleepiness.

The disease affects 1 in 3000 individuals, and onset is typically in childhood or early adolescence. In many cases, however, diagnosis is not made until many years after the onset of symptoms. This is likely to be due to both misdiagnosis by health care professionals, or failure to seek medical advice about daytime sleepiness. We are presently seeing an increase in the amount of children  being diagnosed with narcolepsy after receiving the Pandemrix vaccine.

Cataplexy, is a sudden episode of muscle weakness triggered by emotions. Typically, the patient’s knees buckle and may give way upon laughing, elation, surprise or anger. In other typical cataplectic attacks the head may drop or the jaw may become slack. In severe cases, the patient might fall down and become completely paralyzed for a few seconds to several minutes.

How is narcolepsy diagnosed?

What types of environmental factors can trigger narcolepsy?

What is the connection with the Pandemerix vaccine and Narcolepsy?

The Pandemrix vaccine was given to more than 900,000 people in Ireland as part of the H1N1 (swine flu) vaccination campaign in 2009. The campaign began during the swine flu pandemic amid fears that the flu would become widespread and uncontrollable. The vaccine was offered through HSE clinics and GPs and was promoted by the state for the protection of vulnerable people against the flu.

In the spring of 2010, a cluster of sudden-onset narcolepsy cases were reported in Europe and Scandinavia after vaccination with the Pandemrix influenza vaccine.

Studies suggest that children are around 14 times more likely to develop narcolepsy following the Pandemrix vaccination.

Worldwide, the vaccine was used in 47 countries, with particularly high coverage rates in Finland, Sweden, Norway, Iceland and Ireland.

Pandemerix was given for swine flu- what is swine flu.?

The human swine influenza pandemic began in Mexico in April 2009, and then spread rapidly along air routes to the United States to the rest of the world.  The initial spread from Mexico was through tourists and business travellers returning home from that country; however as the pandemic spread, independent foci of infection became established in many countries. Although the initial ‘herald wave’ in the spring and summer of 2009 involved very large numbers of people, there were few deaths.

Prior to the 2009–2010 swine flu pandemic, a ‘false alarm’ had occurred, in relation to avian flu. An virus had emerged in Hong Kong in 1997, initially with a 33% mortality in humans, and outbreaks started to occur in Europe in 2005; fortunately it was soon found that the virus did not spread easily, if at all, between humans.

Encouraged ‘national preparedness plans’, vaccine manufacturers started in around 2005 to develop mock-up vaccines against this Hong Kong virus ; they found however that the virus was not particularly ‘immunogenic’, i.e. that it proved difficult to develop an efficient vaccine against it. Instead vaccine manufacturers in and around 2005 started to develop other vaccines to improve the response of vaccines to the influenza virus.

By early 2010 it was evident that the swine flu pandemic was much less lethal than had been predicted by the World Health Organization and its scientific advisors; a report for the Council of Europe was highly critical of WHO’s declaring “a pandemic that never really was”. By the end of 2010, swine flu had ceased to occupy the attention of the world’s news media; the pandemic was described in the scientific press as “a damp squib” and as “the swine flu scam”.

It was reported in the scientific press in 2010, and subsequently, that the World Health Organization’s decision to declare a swine flu pandemic on 11th June 2009 had been unduly influenced by academic advisers to the WHO Emergency Committee who had strong but undeclared financial links to manufacturers of antiviral drugs and vaccines.

The immediate result of the World Health Organization’s pandemic declaration in June 2009 was to trigger a rush in panic buying of antiviral drugs and vaccines by most (but not all) governments in Western Europe and North America. Some countries resisted the panic buying notably Italy, and Poland. Britain, France, Ireland and Scandinavian countries bought vast stocks of antiviral drugs and vaccines.

Between April–November 2009 vaccine manufacturers  responded to the demand for a vaccine for mass administration; they very quickly developed and started to mass-produce swine flu vaccines, in anticipation of huge sales.. Because production could not keep pace with anticipated orders, some of the manufacturers added an ‘adjuvant’ (i.e. a chemical booster) to their product, notwithstanding well-publicised concerns regarding the safety of adjuvants. The normal vaccine licensing procedures were ‘fast-tracked’ in the prevailing climate of panic.

It is especially important to test the safety of any vaccine, and of their associated chemical boosters, in children; this is because children have ‘naive’ or underdeveloped immune systems.

In the case of the ten swine flu vaccines that were produced ,  three of the ten vaccines were likely to be less safe than the others, on the grounds that they contained chemical boosters which had not been used previously in licensed vaccines. One of these vaccines was the Pandemrix.

The chemical used in the Pandemrix AS03 had not been established in children; it’s safety had been tested in healthy adults aged 18–60 . Consequently when Pandemrix was licensed for children older than 6 months, the vaccine had been given to fewer than 200 children aged 3–9 years, and to no children younger than 3 years.

The Irish government, the German and UK governments came to an agreement with the manufacturers of swine flu vaccines that they would carry the legal risks in the event of patients experiencing any vaccine-related harms!!

Can Narcolepsy be cured?

Narcolepsy is a lifetime neurological disease with severe impact on school performance now, quality of life, and later employment.  Treatments at present are all symptomatic, often very expensive and sometimes difficult to obtain. Although the best treatments are helpful, they rarely completely remove cataplexy, nor restore levels of alertness and daytime sleepiness to pre-illness levels.

How we can help

Lynch Solicitors has a strong history of litigating medical negligence is currently investigating this area and has already issued High Court proceedings arising out of the vaccine. If you or a member of your family have been affected by the Pandemrix vaccine we will be happy to meet with you to explore the legal options available and discuss any potential compensation claim you may have arising out of receiving the Pandemrix vaccine.

For further advice or if you wish to discuss any issue please contact [email protected] or telephone 052-6124344.
The material contained in this page is provided for general information purposes only and does not amount to legal or other professional advice. While every care has been taken in the preparation of the information, we advise you to seek specific advice from us about any legal decision or course of action.
Tagged under: Medical Negligence, Narcolepsy