Defamation Online – Be Careful What You Say! 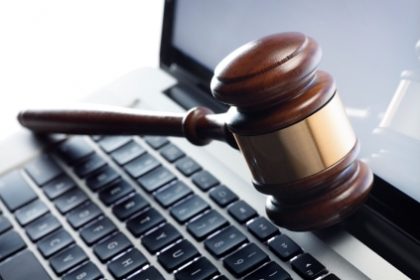 In the midst of this Election campaign, we have already seen how tempers can easily get frayed and while the advent of social media has made it easier for people to express their views, engage in debate and voice their opinions, with that freedom comes an even greater responsibility with how we use it.

It is important to remember that you do not have carte blanche with what you can say about someone online.  If you’re not careful, you could find yourself accused of defamation.

You could also find yourself to be the victim of defamation online, but what can you do?

So What Can You Do? – Defamation

If you consider that someone has breached your good name or right to privacy you can look to take a case in Defamation.

You may also be able to take a case for breach of your constitutional right to Privacy.

The traditional definition of defamation was publication of a false statement which subjected a person to hatred, ridicule or contempt.

That rather archaic definition has given a more modern twist under the Defamation Act 2009. – a defamatory statement is one which tends to injure a person’s reputation in the eyes of reasonable members of society.

Defamation was traditionally been divided into two forms: libel and slander.

Historically, libel was the written form of defamation, while slander was the spoken form. The advent of modern technology made those definitions obsolete. Even though broadcasting is, in one way, a more transient medium than newspapers, the invention of tape and video recorders and the internet means that a false statement can now be preserved in the same way as a newspaper cutting.

So today, a statement broadcast on radio or television or the internet would be regarded as defamatory.

The 2009 Act abolishes the separate torts of libel and slander and replaces them with the “Defamation”.

Is There Any Defence To An Action Of Defamation?

Who Is Responsible If You Are Defamed Online?

Material created by users is known as user-generated content (UGC), as distinct from material created and published by the Service Provider itself, eg Twitter, Facebook etc.

The issue for Service Providers is whether they can be liable for UGC that they themselves have not created.

The EU legal framework governing these sites liability for hosting defamatory comments is primarily governed by the so-called ‘notice and takedown’ mechanism. In principle, service providers such as Google will avoid liability when they react quickly to a complaint of defamatory content by removing it.

This immunity from liability is described as a “safe harbour”. Because member states are prohibited from compelling providers to proactively monitor all material they host, the extent of their duty is limited to reacting to complaints.

However, recent judicial decisions have blurred the boundaries of the ‘notice and takedown’ safe harbour.  There is now indications of a trend across Europe whereby courts are imposing greater responsibility on these service providers.

It remains to be seen the extent to which this trend will go in imposing liability on service providers to victims of defamatory material hosted by them.

What Should You Do If You Are Defamed?

In order to make successful claims for defamation, a lot of pieces have to fall together.

To receive professional legal advice about making claims for defamation on the Internet, we invite you to contact us and discuss the nature of the defamatory materials and the injury they have caused to you, your family or your business.