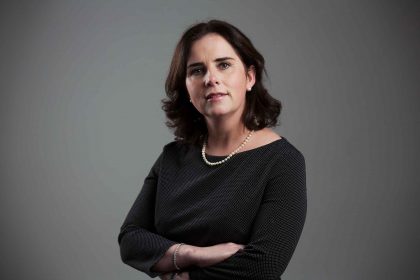 If the referendum this Friday is passed, separated couples will have to wait only two years — rather than four — before filing for divorce. While the shorter waiting period may make the process quicker, it will not change the plethora of financial considerations associated with a marriage breakdown.

Family home Gillian O’Mahony, a partner at Lynch Solicitors in Clonmel, Co Tipperary, says in many cases, when there is still a mortgage to pay off, options can be limited.
“If it’s agreed that one party will stay with the children, and if the family home is to be transferred to that person, the bank needs to be on board,” O’Mahony says. “So if that person is taking over the mortgage, they will have to make a new application and be assessed on their ability to pay. This is often a huge stumbling block, particularly if the person staying on is a stay-at-home mother or father.”
In such a scenario, she says, both parties often agree to pay half the mortgage each until the youngest child finishes school, at which point they sell and split the proceeds.
“Sometimes having one person stay and pay half the mortgage is cheaper than moving out and renting, so it makes financial sense,” adds O’Mahony. “It can also work out cheaper for the person moving out too as, if the other party had to rent, it might impact on maintenance payments. This way they are protecting their asset and will have something to show for it down the line.”
In such cases, there would usually be a clause where, when it is time to sell, the person living in the house got first refusal on purchasing it at market value.

Whatever the circumstances, however, many couples have to tighten their belts after divorce. “People forget you have to run two households, not one. And even if it were originally agreed that one party would give up their job to stay with the children, if you suddenly have to run two households that might no longer be possible.”
The ideal scenario is when there is enough equity in the house to enable it to be sold to pay for two separate households, making a clean break. However, O’Mahony notes, some couples feel this would not be a good move for the children, so even when it is possible, it is not always the preferred option. “There’s no magic formula,” she says.
Having one party move into much smaller or shared accommodation is usually not an option either, especially when children are involved. That’s because, notes O’Mahony, accommodation is one of the most important criteria to consider in “proper provision” for both parties. “For example, the party who is moving out could not be expected to go into shared accommodation; it would need to be suitable for access with the children,” she adds.

In cases when one spouse has little or no pension, they can apply for a pension adjustment order via their solicitor to get a share of their spouse’s pension. The amount will depend on factors such as the time over which the benefits were earned. A court will then decide the percentage of the benefit that goes to the scheme member and nonmember spouse. (Note that the non-member spouse gets pension benefits earned up to the divorce; these will not increase if the member spouse makes subsequent contributions.)
The recipient then has a few options, says Steven Barrett, managing director at Bluewater Financial Planning in Sandyford, Dublin. “You can leave the benefits where they are, transfer them into a policy in your name or to a scheme of which you’re a member, or set up a separate policy under the same scheme as your former spouse.”
According to Maeve Corr, head of private client services at Dublin-based Crowe, if you leave the benefit in its existing scheme, you will be entitled to payments only when your spouse accesses their pension. If you set up your own policy, you will be able to take your benefits on your own terms, subject to the conditions of the scheme. “In practice, the fund is often transferred to give each spouse clarity, and control over their own pension pot,” she says.
You need not receive your pension in the same way as your former spouse. “For example, your spouse might choose a lump sum and annuity option, but you may choose a lump sum and approved retirement fund.” You are both entitled to take a lump sum of up to €200,000 tax free. O’Mahony says there is also a “contingent benefit” in some pensions that takes the form of a death-in-service benefit.
“If, for example, a father was paying maintenance, then we would often seek a court order so that contingent benefit would go to the main carer for as long as the children are dependent on her.”

While a couple can make a request to Revenue in writing to continue to be treated as married — providing you are both resident in Ireland and making legally enforceable maintenance payments — in reality this is not common, says Lisa Kinsella, tax partner at Crowe. It “requires a certain level of co-operation between spouses”, she adds.
It is also, in many cases, not the most tax-efficient approach, chiefly because there is no tax relief on legally enforceable maintenance payments under joint assessment. (This relates to spousal, not child, maintenance; the latter has no tax liability.) “Many of our high net worth clients opt for single assessment so they can benefit from the 40% tax relief on maintenance,” says Kinsella. “For example, annual maintenance of €50,000 would attract tax relief of €20,000. This would be far more favourable than the increased band and tax credit associated with joint assessment.” The spouse in receipt of maintenance will pay income tax, USC and PRSI at their marginal rate of tax. “If there are children involved and the spouse in receipt of the maintenance is the primary carer, they may be eligible for the single parent child carer credit of €1,650, and can benefit from an increase in their standard rate band from €35,300 to €39,300. Again, this is not available if spouses opt for joint assessment.”
You will also be treated very differently for capital acquisitions tax should there be any gifts or inheritances between you and your former spouse after a divorce. While you are exempt from this tax when married, after divorce Revenue will deem you to be strangers and therefore you will get a tax-free threshold of just €16,250 before the 33% tax kicks in.

Unless there is a 50:50 split of custody, a maintenance payment to the primary carer is a “given” in divorce settlements, says O’Mahony. Amounts vary from case to case, and it is always assessed on a needs versus resources basis. There may also be an agreement to pay spousal maintenance, although this is not a given, particularly if the person seeking maintenance is in a position to earn an income.
Also, while child maintenance is finite — until they are 18, or 23 if in full-time education — spousal maintenance is ongoing. That is why some parties who have agreed to pay this prefer to do so as a one-off lump sum, says O’Mahony.