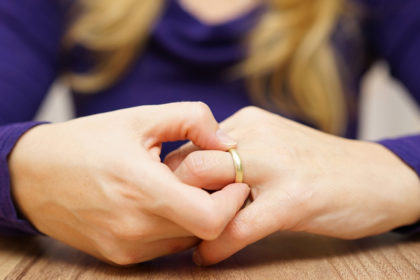 The pre-recession levels of divorce are back in Ireland after several years of declining numbers, according to the Law Society.

The announcement by the governing body of solicitors in Ireland, suggests that the trend is down to the fact that people, who had wanted to get divorced for years, were unable to financially support themselves independently but with improving finances have been able to take the required steps to separate formally.

Figures released show that, while the lowest number of applications came in  2011 after three straight years of decline, the numbers of couples applying for divorce has slowly risen since.

Divorce can bring with it a fear of uncertainty and the Law Society Family Law Committee has suggested that many people simply postponed divorce at a time when they were wary of their ability to financially support themselves individually.

If you are faced with marriage breakdown, and the uncertainty that comes with it, it is important for you to know what options are available to you.

If a marriage breaks up there are different options available such as a deed of separation, judicial separation, divorce or, in certain circumstances, nullity.

Read more about the options in our blog on Marriage Breakdown

5 Comments to “ Irish Divorce Rates Back at Pre-Recession Levels”