When is it too late to take a case? 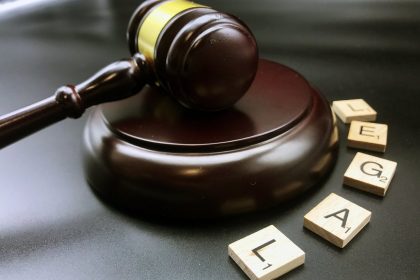 The Statute of Limitations is an integral part of every legal process. It is important to bear in mind in any case, where an issue may come before a court, time is of the essence.

Does the statute favour the defendant?

It is commonly commented on, that in cases where a person has wrongfully suffered injury or harm, imposing a time limit on their ability to take a case is unfair or unjust. But it’s important to remember that the Statute of Limitations exists in order to balance the rights of the person taking the claim with the rights of the contesting the claim. From a commercial point of view, it acts as a safeguard in preventing a claim being made long after the event occurred. It ensures the problem is dealt with in a fair and timely manner.

At what stage does time begin to run ?

Each area of law operates under different limitation periods which are based on fixed periods.  In certain cases, an extra dimension comes into play: known as the knowledge principle. This principle comes to the fore in cases involving medical negligence and personal injury which as a starting point sets out a strict time limit of two years for an action to be brought before the court. However, if you didn’t know or had no way of knowing that there was a problem, the two-year limitation period may not begin until you first had knowledge that something was wrong.

A classic example is where people who became ill due to their previous work with asbestos. It was not until later in life that they discover that their illness was due to asbestos.  Therefore, they have two years from the discovery date to begin proceedings. In a recent Court of Appeal case, a man contracted MRSA as a result of undergoing an operation in hospital. A relative watched a television programme and informed the man that his symptoms were similar to those discussed during the show.

Following the show, the claimant contacted a victim named in the programme.  He then contacted this person’s solicitor.  The solicitor requested medical records and an expert opinion.  The key question was the date from which you calculated the two-year limitation period.  On the facts of the case, the majority of the judges decided that it was from a date after receipt of the medical records or even from the date of the expert report.  When the legal process began, it had been three years from the time he was in hospital and the defence naturally argued that the limitation period had passed.

From this case, an interesting lesson can be learned. If you are unsure if you have a claim, you should issue what is known as a protective writ. In a sense, this stops the clock and acts as a precaution if you think something is wrong and you are conscious that time may run out.

Is the limitation period ever suspended by the court?

The court has retained an inherent jurisdiction even when proceedings are issued within the time allowed but are progressed slowly. If the court decides that there is inordinate and inexcusable delay which has prejudiced the person defending the claim the Court may dismiss the case for want of prosecution.

On the other hand, the limitation period can be suspended due to disability i.e. if someone is injured to the extent that they are not capable of managing their affairs. For an incident concerning a minor, the limitation period begins once the child has reached maturity (18 years of age). A further suspension can occur if there is fraud or if a case is not taken on the basis that the defending party leads a claimant to believe that they have admitted liability.

What should I do if an issue arises?

If you believe there is an issue, it should be flagged immediately. You must begin your investigation and be conscious of time restraints. It must be highlighted that the Statute of Limitations comes into effect when you know that there is an issue and not that there is a legal case to pursue. This may be considered as a certain ‘grey area’ however, the importance of the statute most certainly is not.