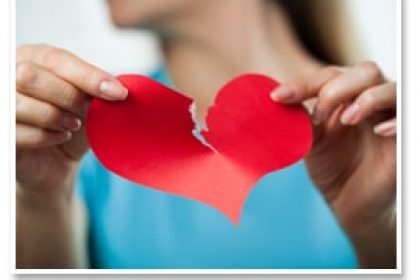 A relationship breakdown can often be a very traumatic and upsetting time for all involved. Whether it is a couple living together, parents of children or a married couple, every relationship break up brings its own unique challenges and hurdles.

What happens when you visit a Solicitor to discuss a Separation or Divorce?

The first thing which we always explore is the possibility of reconciliation and counselling.  We give clients the names and addresses of people qualified to help, which includes counselors & mediators.  When we say counseling, we mean both marriage counselling and personal counselling.  Mediation is a non-confrontational way to discuss and resolve issues.

If a marriage breaks up – What are the options available?

Nullity is also an option where the Court would make a finding that a marriage never existed.  This is an extreme option which could leave the parties without any financial redress.

Many family disputes arising from marital breakdown may be settled amicably between spouses.

There are six grounds upon which the Court may grant a Decree of Judicial Separation:

Divorce is a fairly recent development in Ireland and the ban was lifted following a very controversial referendum in November 1995 and from 1997 one could apply for a Divorce in Ireland.

There is no obligation on spouses to have either sought a Judicial Separation or effected a Deed of Separation before seeking a Decree of Divorce.

In order to successfully obtain a Decree of Divorce from an Irish Court, it is necessary to satisfy the Court that:

Alternative dispute resolution is an alternative to litigation / court.

In sensitive matters, particularly family law disputes, ADR does not add to the conflict in question, where a Court situation can.  It is a less stressful method for the individuals who are already involved in stressful situation.

What the structured negotiation process seeks to do is to establish ground rules for negotiation to enable parties to be clear about what they can expect from the process and also what is expected of them.

It differs from collaborative law / practice in that the lawyer doesn’t make a commitment not to go court on behalf of the client and also the four way meetings that are an intrinsic part of the collaborative process are an optional part of the structured negotiation process.

The collaborative approach involves both parties and both solicitors making a commitment at the outset of the case, to be open, honest and transparent with each other.

It involves strictly controlled round table meetings with the parties and the solicitors in attendance.  It rules out Court as an option with a view to giving separating or divorcing couples a greater impetus to sort out their differences themselves with the assistance of their solicitors and without the Judge imposing a solution that might be unworkable and to no ones liking

Mediation is a swift, cost efficient method of dispute resolution. It is based on the principle that people can resolve their own disagreements if given the right encouragement.

A mediator is not the decision maker but an independent, third party to the process.

The function of a mediator is to facilitate a resolution between the parties.

A mediator does not judge who is right or who is wrong, but works with parties to help them arrive at a solution to satisfy their interests.

4 Comments to “ When Love Breaks Down – Relationship Breakdown & Family Law”