The Family Home and Bankruptcy Part I: The role of the Official Assignee 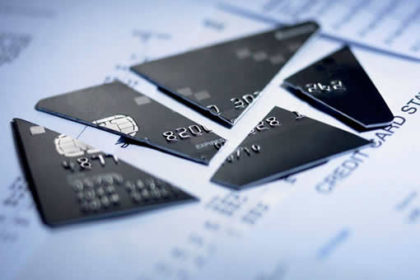 While coverage of the recent changes to the Bankruptcy Laws have focused on the reduction of the bankruptcy term from three years to one year, a number of other amendments were made.  These will have a serious effect on a person’s decision to file for bankruptcy. The role of the Official Assignee (who takes over all your debts and liabilities upon bankruptcy) with your family home is one of these important changes.

The concept of automatic re-vesting

In the 1990s in the UK, problems arose during recession, when a bankrupt’s interest (known as ‘equity of redemption’) in the family home was not being sold during the bankruptcy period. The officials handling the Bankruptcy held off selling family homes until such time as property rose in value. This had the effect of stalling the sale of the family home for quite a number of years after someone came out of bankruptcy.

Discharged bankrupts and their families would often be shocked and distressed to learn that the family home where they resided was being sold.  This was often  years later and long after they had come out of bankruptcy returned to “normal life”.

As a result, Britain introduced reforms which allowed period of  three years only to sell a bankrupt’s family home. If the home was not sold within this time, it would automatically be transferred back to the bankrupt and would no longer be available for sale.

In this country, as a result of recent changes, when an individual is discharged from the one year bankruptcy period and if the home is not sold within two years , it reverts to the Bankrupt unless he/she agrees otherwise or the Court orders it to be sold.

The new provision applies to all bankruptcies entered into from 29th July 2013. Where bankruptcy was entered into prior to this day, the date on which the family home will be returned (if not sold) is the 29th of July 2016.

There is no requirement for any legal document to allow the bankrupt take the property back – other than a Certificate from the Official Assignee in Bankruptcy.

Irish Law had already provided that the sale of the bankrupt’s interest in the family home could not take place without the approval of the Court.  This “use it or lose it” provision has now added another layer to the protection of the family home.

If the home is worth less than you owe on the home loan (in negative equity) there should be no application for sale by the Assignee in Bankruptcy as there is nothing for him to realise.

In an application for the sale of the bankrupt’s interest ( ‘equity of redemption’) in the family home the Court takes into account the interests of a spouse, partner and children of the bankrupt.

In the event of an unsuccessful application to sell the family home, the Court has discretion to give the family home back to the bankrupt without the need for further documents.

This re-vesting option can be waived by the bankrupt by written agreement with the official assignee and can also be overridden by the Court.  The court also has the discretion to extend the period (three years) after which the property automatically re-vests in the bankrupt.

What about the Bank?

As a word of caution, it is important to bear in mind that the Lender has an important say when dealing with a family home.

We look at that question in Part II of our series on Bankruptcy and the Family Home.

This blog is the first in a series of blogs on the Family Home in Bankruptcy. You can read the other two via the links below:

The material contained in this blog is provided for general information purposes only and does not amount to legal or other professional advice. While every care has been taken in the preparation of the information, we advise you to seek specific advice from us about any legal decision or course of action.
Tagged under: Family Home, Mortgage Arrears, Personal Insolvency Arrangements