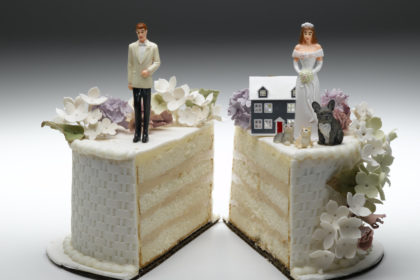 A recent poll by FarmIreland.ie showed that over 70 per cent of farmers believe that prenuptial agreements should have legal standing in Ireland.

Unlike the US Canada, New Zealand and Australia, Ireland currently has no legislation which expressly recognises such agreements and makes them enforceable.

However, ‘prenups’ as they are often called, can still be entered into in Ireland and they can have consequences.

Prenuptial agreements set out how assets and finances might be divided when people separate or divorce.  As well as property and assets, an agreement can deal with issues such as succession rights, child custody and access, maintenance, and pensions.

Cohabitation agreements serve the same purpose for unmarried co-habiting couples who separate or where one person dies.

Unlike prenups, these are expressly recognised by legislation courtesy of the Rights of Cohabitants Act 2010.]

By drawing up a pre-nuptial agreement a couple is seen as preparing for the future break up before the marriage even begins.

While an Irish couple is not prevented from signing a pre-nuptial agreement in Ireland, the Irish courts are not expressly authorised by Statute to put such agreements into effect if the couple’s relationship later breaks down.

Why Bother with a ‘Pre-Nup’

So, while not strictly enforceable, pre-nuptial agreements can be used by the Court as a guide for dividing assets if a marriage breaks down so long as the Judge considers that the agreement was made fairly and the interests of both parties have been looked after.

Traditionally, people look to enter into pre-nuptial agreements where either one or both individuals have been married previously.  Many of these situations involve children from a previous marriage and parents want to ensure that they look after their children.

Another situation which people may wish to deal with is where one or both people come to the marriage with a large amount of assets – which far exceed the assets of the other person.

Pre-nuptial agreements may offer peace of mind for couples who are entering marriage.  It can take the pressure off if they are to separate and it can help in making spouses commit to marriage as there is a contract in place in the event of separation.

It is safe to say that a pre-nup is more likely to be enforced by the Court where there is full financial disclosure , separate legal representation and where the parties are adequately provided for on breakup.

John M. Lynch and Gillian O’Mahony at Lynch Solicitors have particular expertise in family law matters. For further advice or if you wish to discuss any other legal area please contact [email protected] or telephone 052-6124344.
The material contained in this blog is provided for general information purposes only and does not amount to legal or other professional advice. While every care has been taken in the preparation of the information, we advise you to seek specific advice from us about any legal decision or course of action.
Tagged under: clonmel, divorce, lynch, Maintenance, marriage, pre-nup, pre-nuptial, pre-nuptial agreements, prenup, prenup agreements, prenups, Prenuptial, prenuptial agreements, solicitors